Home / Commentary / FLAVOR OF THE WEEK: The Passing Downs Running Back

FLAVOR OF THE WEEK: The Passing Downs Running Back

James White was a popular name draft day. No one really knew how New England was going to deploy its gluttony of running backs, but the passing downs running back of that offense is highly coveted and he was the most likely to emerge in that role. With 13 targets in two weeks, his owners are likely happy with the investment so far.

After Week 1 Tarik Cohen’s 12 targets stuck out like a sore thumb as he became the most popular Week 1 add in our game. He wasn’t the only heavily targeted running back to have success Week 1 though. Darren Sproles continued to cheat father time (eight targets), Theo Riddick (seven targets and a touchdown) out-shined starter Ameer Abdullah, and Chris Thompson (five targets and a touchdown) did the same in Washington. Despite no Week 1 targets, Javorius Allen was added more frequently than all of them. Why? You guessed it, he was the most likely to replace the injured Danny Woodhead in the passing downs role for Baltimore. Alvin Kamara’s going to be a popular name this week after his seven targets and second consecutive week leading New Orleans in snaps. There are also others like Duke Johnson, C.J. Prosise, Giovani Bernard, etc. who were drafted in most formats, and while they haven’t delivered yet, given their usage it’s only a matter of time.

Feel like you’re getting inundated with names and not information? It’s because you are; the supply of these types of running backs may not be endless but it sure seems like owners in all but deeper leagues can find one in a pinch. These types can be useful on a week-to-week basis to fill-in for bad matchups, injuries, bye weeks, etc. but they are not going to give you that coveted advantage in crunch time – playoffs in December. Yes, it’s way too early for playoff talk – 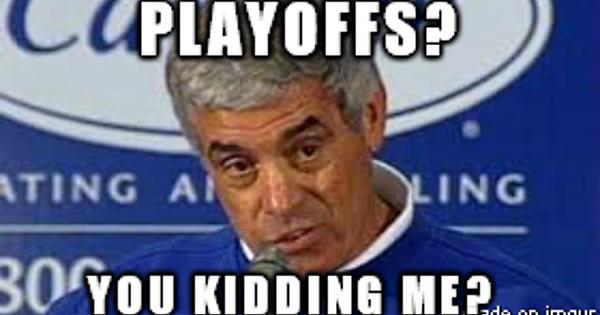 You have to get their first, but bear with me.

In 2015 who would have you had stashed away on your bench midseason? Darren Sproles, Theo Riddick or David Johnson? Sproles and Riddick had nice seasons, but we all know what Johnson did December 2015. Similar story in 2016, but this time instead of David Johnson the name is Jay Ajayi , where he puts on display why he is a franchise back. Sproles and Riddick, again, provided quality seasons. Ajayi was a popular draft day target, but after only 24 touches across the first four weeks many owners jumped ship. His bounce back was swift and thunderously loud, netting back-to-back 200 yard games then finishing the season with a third one Week 16.

Don’t get me wrong, Sproles and Riddick had value, and they still do. Honestly review your running back depth chart though. How important are Cohen, Sproles, Riddick, White, Thompson, Kamara, etc. to your short term success? Are similar types of players like Shane Vereen, Charles Sims, Bilal Powell and Andre Ellington available? If those answers are No. 1, probably not important or No. 2, yes, then you can make better use of that roster spot. Yes, there’s a reason that first list of players is more highly coveted – they’re better and have bigger roles in their offense, but this is about opportunity cost – the loss of potential gain from other alternatives when one alternative is chosen. Every week there are “new” starting running backs filling in for injured starters, Jacquizz Rodgers from 2016 sticks out.  You’re not always going to be lucky enough to acquire cases like him, but even if you don’t, there are passing downs options that are 75 percent of what you already have on your roster.

In the big picture, a flier on someone like D’Onta Foreman, Samaje Perine or James Conner potentially has significantly more impact on your roster than any of those passing downs running backs. They are all “circumstances” away from a significant role in the offense and have the talent to breakout if given those touches. We’re coming out of Week 2 and your roster may have taken a pounding from injuries already. You may not be able to legitimately find room for one of these guys because you need to start one of those passing downs running backs. If you’re in that boat then maybe prioritize someone like Chris Carson instead? He was assuredly snatched up in some leagues last week, but if he’s still out there while he doesn’t carry the draft pedigree of Foreman, Perine and Conner, he fits the potential starting running back mold and sure has not played like an undrafted rookie free agent to open the season. Ultimately, that’s really what you’re looking for on the end of your bench anyway – a potential starting running back.

Week 3’s Flavor of the Week, the passing downs running back, is chicken fingers.

It’s not bad. It’s safe. If you’re real hungry it’s kind of satisfying. But it’s really not that good and will leave you regretting not making another choice later.

A big heart with a little snark. If you've got thick skin then I think we will get along just fine. If not though...
Previous TRAPS & TRENDS: Week 2 Edition
Next ON SECOND THOUGHT: Week 2