Fighting Amish wrote:And why do I feel it happens more often down South? Can't say..because there is no proof. Let's just say, of the known cases of payola..most have been down south.

Exactly, you have zero proof. Butt-hurt isn't proof of anything. And in today's society the sheet will eventually get out. Kids are dumb and too social media-driven.

What? Dirty at Miami? Well, duh. The school made it's football bones on being the outlaw renegade program who didn't give a flip about anyone's rules.

But you need to put the broad brush down and stop trying to make excuses for your teams by sheeting on everyone 'down south'.

Les Miles' program at LSU screams non-institutional control but you might want to tread very carefully since you've got one of the leading dirt-bags in NCAA football running yours.

Well as for the B1G ten..they won the Rose bowl over the Pac-12. The recent Big ten v SEC games was a very good example of parity..good, close, tough games. I make no excuses about any perceived dominance..i've posted things in here recently showing it's just the opposite. It's quite equal. One team out of the SEC has done well for a very nice run in a row. So the F*&^ what? The article i posted is just an example..most of the issues are with Southern teams..im not casting stones, just telling it as i see it bro.

Im also not saying that's the main reason one team out of the SEC has done so well. I just believe that far worse is going on with that kind of more serious issue..parents demanding big money for their kids to play at a certain school, etc. Do you think Cams dad was an aberration or unheard of completely? Do you honestly think any kid would trust anyone with any of that info? No way. Ive been around college athletes for a long time..no way do they discuss any side monies, bennies, or anything like that, amongst anyone. Far too smart of that.

Look at the overall records between the two conferences..very equal. Thats my point. The payolla issue, as i said was half hearted. But it does happen.

And I don't think you are really in touch with kids today if you think they're smart enough to know when to STFU. They aren't. They can't help themselves. We were stupid too when we were 18, we just didn't have texting/Facebook/Twitter/email/Instagram/Vine/Skype, etc. to help broadcast how dumb we were. The morons tell on themselves repeatedly for everything in the world, including criminal activity. But they're smart enough to not ever talk about pay for play or all the cool free stuff they get. They boast about stuff they STEAL at times, but no, not that.

As I've said, it's ok, as long as you feel better telling yourself that almost winning games = wins and everyone else is cheating then I say go for it.

I'm sure they gave their best.

The first part is hilariously true, i'll give you that..the second part..let's just agree to disagree with you. They all scurry around the NCAA ticki-tack rules, as i've said, and we've discussed the payolla issue long enough. I think you're right though, that eventually it will come out more and more because of the tendency to talk. Look at the players caught..AFTER they go into the NFL..they did no talking around anyone who would further talk while in school. The truth came out in different ways. 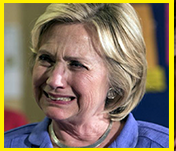